The Kennedy Center American College Theater Festival (KCACTF) is a national theater program involving 18,000 students annually from colleges and universities across the country.  Since its inception, KCACTF has given more than 400,000 college theater students the opportunity to have their work critiqued, improve their dramatic skills, and receive national recognition for excellence.

Our department participates in the festival annually. In a typical year, the KCACTF Region 5 Festival draws over 1,500 students from 90 colleges and universities in Minnesota, North Dakota, South Dakota, Nebraska, Iowa, Kansas and Missouri. The Region V Festival is the largest of the eight in the country.

Students can submit their work from the previous year in areas ranging from design, technical, directing and performance. Some students and productions are invited to particiapte based on their work from the past academic year. Students' work is then reviewd and critiques by professionals in the theatre field. It's an outstanding opportunity for students to learn and grow within their field, and to network with professionals from across the region. 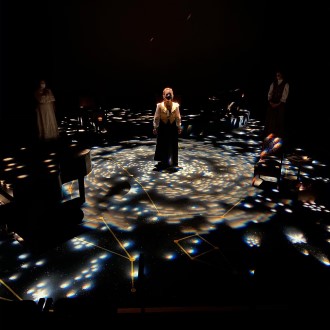 Fourteen students from the Department of Theatre Dance competed in the Kennedy Center American College Theatre Festival 53 last week. Typically an in-person week-long festival filled with workshops, performances, competitions and networking opportunities, the KCACTF Region 5 festival looked a little different this year as it was held virtually. The week consisted of streaming and recorded performances, virtual workshops, discussions and competitions that students and faculty from across the 6-state region were able to view from home or within classrooms.

The students from Minnesota State Mankato submitted their work from the last year, and competed in a variety of theatrical areas from directing, design, publicity and performance. The following students received top awards: