We offer an array of opportunities exploring a wide range of dramatic literature and movement possibilities. Purchase your individual tickets today!

At Minnesota State Mankato you will find the resources of a large university with the support and attention of a smaller school. 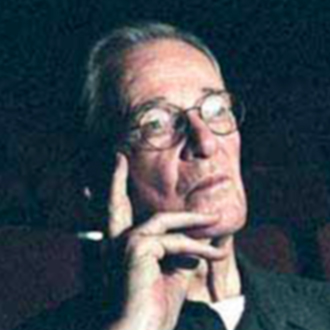 Hired in 1950, Ted Paul was the first director of theater in the early stages of the Minnesota State Mankato Theatre & Dance department, when theater was a part of the department of English. He was the first theater department chair. He founded Highland Summer Theatre in 1967, and was the driving force behind the building of the Ted Paul Theatre, as it later would be named.

Known as "Doc" to his friends and family, Paul guided theater arts into becoming its own department in 1980, the year of his retirement. The same year he also helped establish a master of fine arts program, which made MSU the first state school to offer a terminal degree.

All of this effort—combined with Paul's principal philosophy of showing an audience shows they wanted to see—culminated in one of the most successful theater programs in the country.

It's no wonder that when the current department chair, Paul J. Hustoles, was hired at the university in 1985, he couldn't believe the size of the theater's audience (40,000 per year), or the amount of revenue it brought in.

"He is the founding father of theater at MSU," Hustoles said. "The roots are very deep, and I think he gave us two huge things: One was the quality of theater, and the other thing was his 'popular stuff.' He watned to do plays that people enjoy seeing."

Might sound simple enough, but many colleges and universities do off-Broadway, arty theater almost exclusively. Doing four musicals a year, which MSU Theatre has done since Paul's time, is unheard of, Hustoles said. Not only are they difficult to put on, but many academic theaters look down on them as being trite and trivial.

Paul's philosophy, which was immediately appreciated and has always been carried on by Hustoles, was to offer a variety of shows and lots of them. Musicals, dramas, comedies and many genres in between could all be seen in the same season, which is why season tickets became popular at MSU even before they were a staple in theater as a whole.

Within the department and in the community, Paul's philosophy was appreciated, Hustoles said. Former students of Paul's from the early 1960s came back to Mankato to see Bus Stop last fall and met with Paul to talk about old times. His health had been declining, but he was in good spirits, said Nancee (Parkinson) Hernandez, who played "Cheri" in the 1960-61 production of Bus Stop under Paul's direction.

"He was the best director," said Hernandez of Bryson, Texas, last fall. "He would say when we were playing a character we were not allowed to play that character. We had to be that character."

Paul's son, Eric Paul of Excelsior, said said to his family, the theater meant everything to him. Eric and his sister even helped out, going door to door in the early 1960s selling season tickets.

"The theater, as a term, but Mankato more specifically was his life," Eric said. "It was what he was all about."

Personally, Eric said Paul was an amazing father. Strict but fair, he said. And few people knew how sentimental he was.

"It was sometimes hard for him to show, but he could cry at a commercial," Eric said. "And that's the beauty of the man."

Paul was born in 1915 in Tarkio, MO, where he attended school. After teaching high school English for a period and earning a master's in English Literature from the Univesity of Colorado in Greeley, he went to New York to be an actor. He worked at NBC briefly and for McDonnell Aircraft in St. Louis, MO, before signing up to be a Merchant Marine, serving in Brooklyn.

He married Katy Carpenter in 1943, and they had three children.

Paul earned his doctorate at the University of Iowa, where he taught, before accepting his position of assistant professor of speech and director of theater at Mankato State Teachers College, now Minnesota State University, Mankato.

"Back in those days (1950-51), at Mankato State Teachers College in little Mankato, I don't think there was ever a thought that there would be someone like my father who woudl come in and develop a theater program," Eric said.

Paul retired from Minnesota State Mankato in 1980, but continued teaching elsewhere until 1985 and directed another 15 shows over the course of nine years. Four of the shows were at Mankato, including Angel Street in 2000, which was the first play he directed at the college in 1950.

Hustoles said Paul attended almost every production Minnesota State University Theatre put on for about 20 years after he retired.

"It was wonderful because he would come in and offer advice and talk about the shows," Hustoles said.

Paul's wife died in 1985, the same year the Ted Paul Theatre was named after him. In 1987, the department implemented its first endowment scholarship named after Ted Paul.

During his time at Minnesota State Mankato, he directed more than 125 plays. 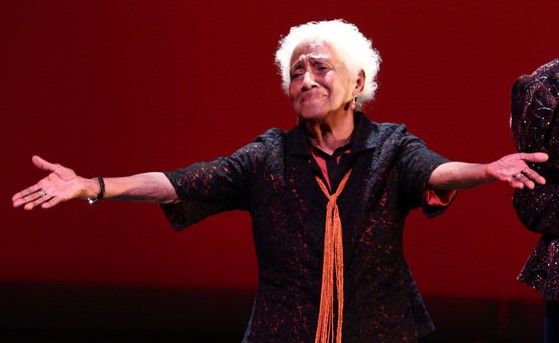 Florence Cobb was born in Muskogee, OK, on March 19, 1921. Her grandmother and great-grandmother were both slaves in the South, and her mother was a teacher. She grew up in a predominately white neighborhood in Oklahoma, yet had to attended a segregated school in a neighborhood three miles away. In a 1994 article in the Wells Mirror, Cobb talks about her encounters with discrimination on that long walk. “I walked, and I got beaten up,” she said. “I had to pass a high school, and I was verbally molested by the kids.”

Yet the racial discrimination she endured did not discourage her love of learning. She headed off to college at the age of 16 to follow in her mother’s footsteps to become a teacher. She earned her B.S. at Lincoln University in Jefferson City, MO, in 1941. She attended graduate school at the University of Wisconsin, Madison and Tennessee State University, eventually earning her M.S. degree in Health and Physical Education in 1961. She taught Physical Education at schools in Florida, Ohio and Tennessee before coming to Minnesota State University, Mankato (then called Mankato State College) in 1968.

When she arrived in Mankato, she observed that students in rural Minnesota had very little exposure to the diversity of culture compared to urban areas. She sought to change that. “We went whole hog, with concerts, theatre, dance and music,” Cobb said. Under her guidance, dance as an art and an academic endeavor flourished. She brought in many guest artists, and led workshops and taught classes that were open to the College’s students as well as local high school students and community members. Additionally, she advised and choreographed for the college’s already established dance group, Orchesis. She also led a dance trip to Europe in 1971. The attending students travelled by Volkswagen bus, staying in camping parks and learning about indigenous folk dances.

Her work promoting the art of dance culminated in the implementation of the Dance Education Minor, under the auspices of the Physical Education Department, in 1976. In a press release that same year, Cobb stated, “The new program is supportive of the trend toward greater consumption of the arts in our society and will provide an opportunity for students to develop their creative potential.” Cobb taught at the University for 22 years before retiring in 1990.

In 2013, Cobb received a special citation at the Twin Cities SAGE awards in October of that year honoring her contribution to the Minnesota dance community. A Minneapolis Star Tribune article covering the event read, “Wearing biker-ready black leather pants and boots, the octogenarian [Cobb] accepted her award with a few wise words: ‘I’ve shared time and space and energy with all of you. And that’s all it’s about on this Earth.’ ”