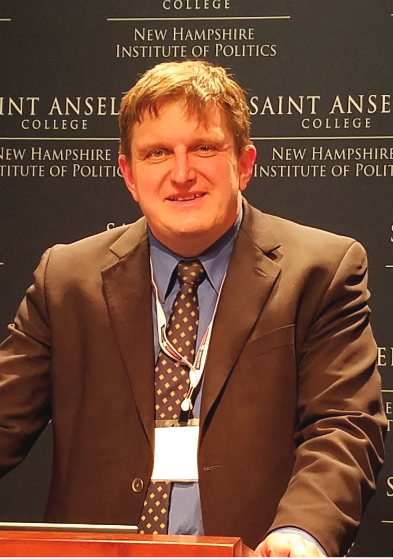 Students see professors in the classroom, but they are often unaware of how much professors’ jobs include researching and contributing to the collective knowledge in their fields. It might surprise students that professors’ training is primarily in research rather than teaching, although researching is part of delivering cutting edge knowledge in the classroom. With that in mind, I would like to discuss research that I am doing with Dr. Scott Granberg-Rademacker on senatorial campaigns’ Twitter use in 2020. Social media gives candi-dates a free means to directly communicate with supporters and has transformed campaign strategies. They no longer rely on only expensive commercials or news outlets to deliv-er their messages, urge supporters to vote, fundraise or attack their opponents. One challenge facing political scientists studying campaigns is that the rigorous process of peer review makes it difficult to publish timely research on recent events. The process of sending research to editors and reviewers and then account-ing for their critiques to make sure research follows best practices normally takes three or six years to get published in a journal. We presented our research at the New Hampshire Institute of Politics conference that is held every two years after national elections in March. We never miss this conference because it is the earliest to examine the previous election, and it en-courages scholars to work fast to present as soon as possible. We did not fly to Manchester because it was on Zoom like many events this year, but we presented our research, dis-cussed and reviewed other research. We used a program to scrape about 44,000 campaign tweets, and used a dictionary of key terms and an artificial neural network to code, interpret and categorize each tweet. We found that underdog and competitive candidates used Twit-ter more than likely winners to both substitute for traditional campaign organizations and to attack their opponents. They ramped up the free opportunities to turnout voters during the pandemic and to criticize their opponents.In that sense, social media contributes to the negativity and divisiveness of contemporary campaigns. We also uncov-ered an increase in “nationalization” of Senate races. In other words, rather than making the race about the qualities of the candidates themselves, campaigns used Twitter to make the races about national leaders and parties.Nationalization is not inherently negative and could be used to positively promote a candidate, with tweets such as “I’ll help Trump create jobs” or “I’ll work with Biden to build back better.” However, it was much more often used for yet anoth-er form of attack, such as “My opponent marched lockstep with Trump” or “My opponent will help Schumer and Pelosi pass their socialist agenda.” We have dubbed this increase in combining negativity and national figures as a “boogeymen” effect.Negativity and nationalization are not new, but we are now able to compare 2020 data to previous elections, and they were particularly prominent in the 2020. Social media en-courages extreme negativity to mobilize supporters out of fear rather than positive enthusiasm. We suspect that these findings are because social media followers consist of the most fervent supporters, and fear is an effective motivator. Despite the limits of Zoom, we received great feedback from prominent experts on campaigns and social media, and we watched other experts present their research. It was fascinat-ing and informative to see some of the research that should be showing up in scholarly journals and books in the near future.