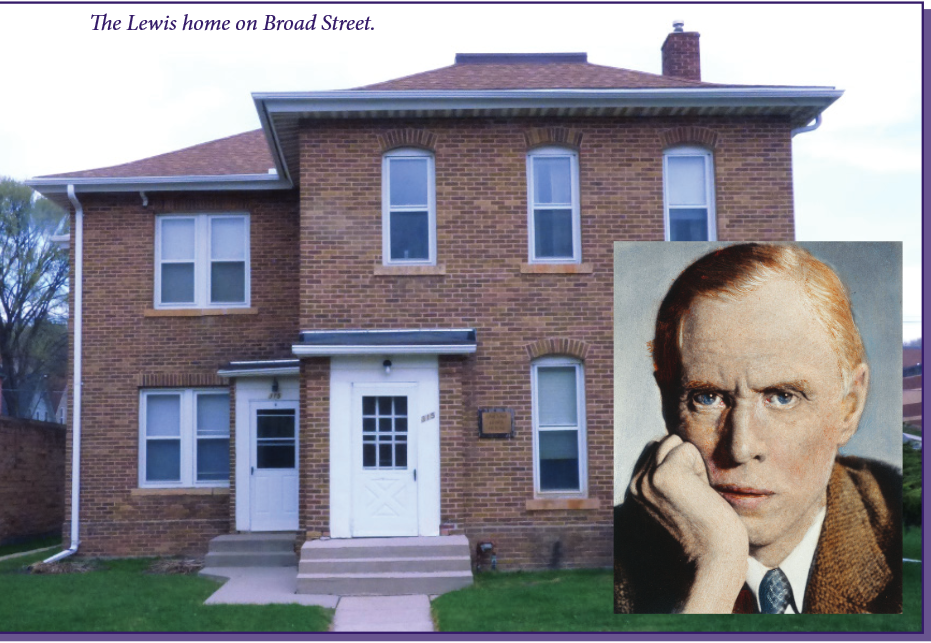 Minnesota has a prominent literary heritage that passes through Mankato. This includes early 20th century novelist Sinclair Lewis. Lewis was the first American to win the No-bel Prize in literature for his satirical works on American complacency and parochialism during the Roaring Twenties. His writings were so influential that critic H.L. Menken referred to him as “Voltaire”. While residing in an early 20th century style brick home at 315 Broad Street,

Lewis wrote the novel Main Street, which established his reputation as a great author. Published in 1920, Main Street reflected on Lewis’ early life in the village of Sauk Centre, Minneso-ta. The success of Main Street continued in subsequent works: Babbitt (1922): loss of individuality and principles of an Ameri-can businessman; Arrowsmith (1925): the institutional dominance and greed of the American medical profession, and Elmer Gantry (1927): on religious hypocrisy.I owe my discovery of the Lewis residence to the Mankato Historical and Architec-tural tour. See the article in this issue, “The Mankato Historical and Architectural Tour: The Legacy of Professor Jan Cherrington”.